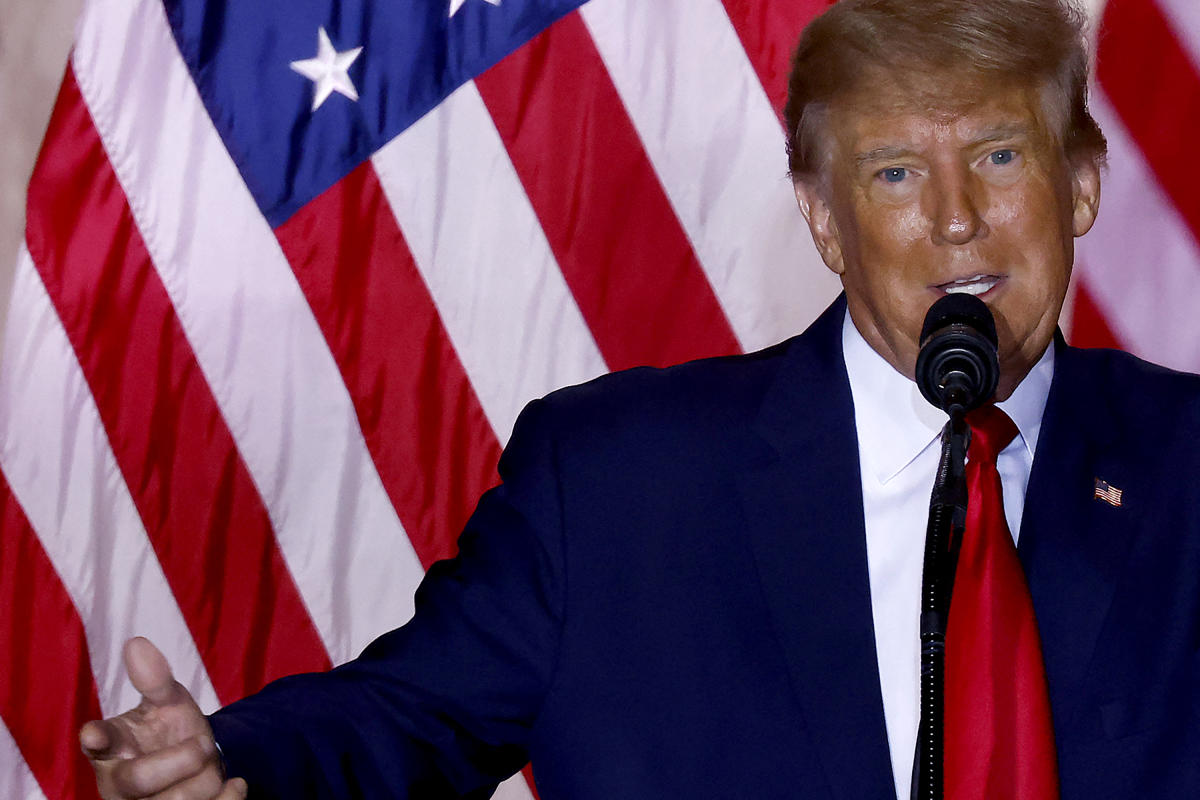 Two reports published Tuesday evening revealed a trove of new information about former President Trump’s finances during his time in office, including previously undisclosed business losses that led to Trump paying $0 in personal taxes during his last full year in office.

The new information followed the vote to release President Trump’s taxes by the House Ways and Means committee.

The reports from the Congress’s Joint Committee on Taxation and the House Ways and Means committee offered a range of new insights into Trump’s financial picture while he was in office as well as the government’s response which, Democrats charge, showed a failure of oversight by the Internal Revenue Service.

In total, Trump appears to have paid $1.13 million in personal taxes during his four years in office with the full returns expected to be released in the coming days after Congressional aides redact information like Social Security numbers, street addresses, and other identifying data.

“A president is no ordinary taxpayer,” House Ways and Means Chairman Richard Neal (D-MA) said Tuesday of the controversial moves to release the returns. “They hold power and influence unlike any other American and with great power comes even greater responsibility.”

As of Wednesday morning, Trump himself has not reacted publicly to the disclosure of his financial information, but had often condemned the years-long pursuit of his tax returns and falsely claimed over the weekend that the entire enterprise was illegal on his Truth Social account.

The new details of Trump’s business that emerge from the reports shows an enterprise that suffered large losses both in the first and last year of his term in office — with a better financial picture in between.

The wildly differing tax bills reflect the changes to Trump’s reported adjusted gross income because of his ever-changing business fortunes. In 2018, he reported over $24.3 million in income, which represented a huge turnaround from 2017 when he reported $12.9 million in losses during his first year in office.

Trump stayed in the black in 2019 with an adjusted gross income of almost $4.4 million before falling back into the red in 2020 with a loss of nearly $4.8 million, according to the report.

The report also looked at the tax returns for some of Trump’s businesses and found that DJT Holdings LLC suffered nearly $60 million in ordinary business losses in 2020.

Some of Mr. Trump’s business troubles were already known with many observers piecing together that the COVID pandemic and resulting lockdowns in 2020 hit Trump’s hospitality businesses especially hard. Tuesday’s release does not cover 2021, when Trump is also thought to have taken business losses as part of the fallout from his role in the Jan. 6 riot and having less influence after leaving office.

More recently, some observers think Trump’s business fortunes may have improved in the last year or so thanks largely to an effort to reorganize the company’s debt.

Trump’s low 2017 tax bill of just $750 was already publicly known after the New York Times obtained a trove of Trump’s tax return data in 2020 that went back decades, but didn’t include detailed information for all of Trump’s time in office.

‘A major failure of the IRS’

There is an IRS policy that requires the agency to audit sitting presidents while they are in office, but the report found that it largely failed to do so during Trump’s presidency.

In one example, the investigators charge, the agency only began the process of an audit the same day that the committee reached out to request documents.

“The Committee expected that these mandatory audits were being conducted promptly and in accordance with IRS policies,” said Neal on Tuesday. “However, our review found that under the prior Administration the program was dormant.”

“This is a major failure of the IRS under the prior administration, and certainly not what we had hope to find,” he added.

Neal is pushing for Congress to pass a new law in the coming years, called the Presidential Tax Filings and Audit Transparency Act of 2022, which would codify the current IRS policy into law.

In a statement, House Speaker Nancy Pelosi (D-CA) said that the “report makes clear the legislative steps that must now be taken to guard the public trust, and we will move swiftly to advance Chairman Richard Neal’s legislation requiring the Internal Revenue Service to conduct an annual audit of the President’s finances.”

But it remains unclear if the idea will advance in the coming years. Lawmakers are currently rushing to finish their 2022 business and get home for the holidays ahead of a 2023 when Republicans, who have condemned Neal’s enterprise throughout, are set to take control of the House of Representatives.

Ben Werschkul is a Washington correspondent for Yahoo Finance.