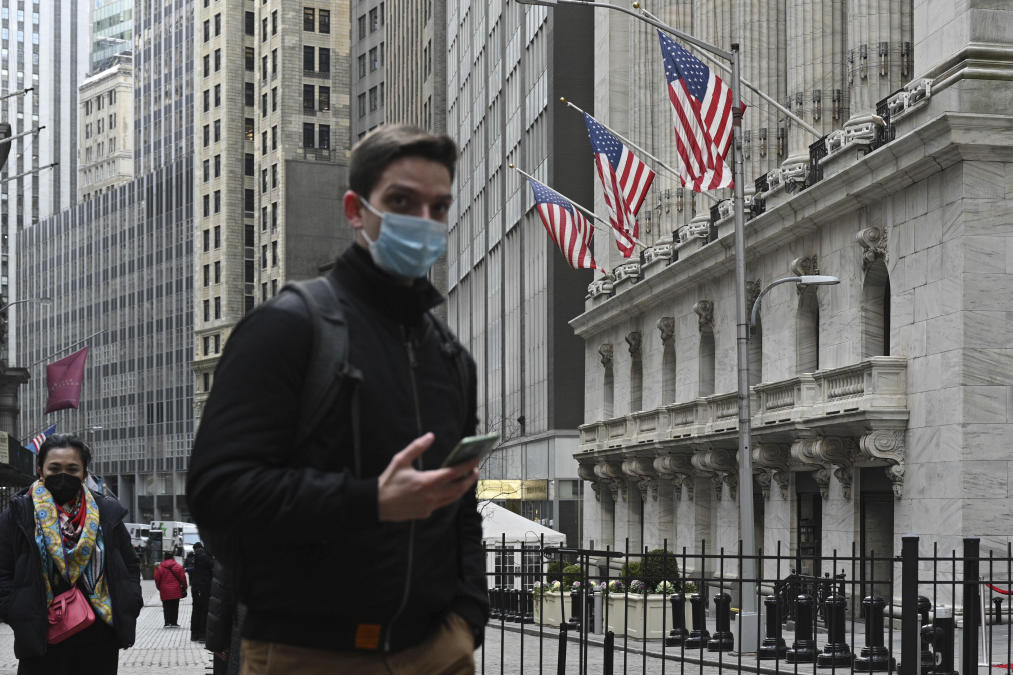 Stocks traded lower Friday as investors took in earnings results from some major tech companies and another hot print on inflation at the end of another volatile week.

Fresh economic data was also in focus on Friday. The latest inflation data showed another multi-decade high rate of price increases, as the Personal Consumption Expenditures (PCE) index posted a 5.8% year-over-year rise in December, or the biggest jump since 1982. Core PCE, which excludes more volatile food and energy prices, rose at a 4.9% annual rate, representing the largest leap since 1983.

The S&P 500 was on track to post a weekly loss of about 1.3%, based on Thursday’s closing prices. New reports showing a better-than-expected rise in fourth-quarter U.S. GDP and improvement in weekly jobless claims did little to help turn stocks around on Thursday. The Dow and Nasdaq have each also fallen over the course of the past week, with volatility rising as traders considered the implications of the Federal Reserve’s more hawkish monetary policy tilt for markets.

“The markets digested this hawkish Fed pivot that I think surprised people in terms of its magnitude,” Scott Crowe, CenterSquare Investment Management chief investment strategist, told Yahoo Finance Live on Thursday. “It wasn’t so long ago that they were describing inflation as ‘transitory,’ but now they have their sights firmly set on moderating inflation. And I think that’s given the market a lot of indigestion as it starts to digest that pretty dramatic shift.”

Federal Reserve Chair Jerome Powell strongly signaled earlier this week that a March liftoff on interest rates to above their present near-zero levels was in the cards. However, other questions remained — namely around just how quickly the Fed will raise interest rates, and around when and how rapidly the Fed will begin drawing down its nearly $9 trillion balance sheet and tightening financial conditions.

“Everything the Fed is doing at this point we think has just been priced in over the last few weeks. And that’s where a lot of the slide in the market has come from,” Morgan Stanley Managing Director Kathy Entwistle told Yahoo Finance Live on Thursday. “And the big question is, will we slide a little bit more? What’s happening?”

“We’re looking at companies and their earnings … to determine whether or not we’re going to have a little bit more of a pullback in the market or not,” she added. “And that’s based on what they can do going forward, where their opportunities are. And we’ve been hearing a lot about inflation. If you think about a 7% inflation rate, that’s quite significant.”

“Back in the fall, it was the retail investor that was holding up the market,” Entwistle said. “And now, their sentiments have sort of turned and they’re no longer optimistic about where we are right now. So I think we have to think about all of these things. We do think that the quality, again, is going to do better than growth.”

A closely watched index of consumer sentiment slipped at the end of January to reach the lowest level in a decade, signaling consumers were increasingly concerned over rising prices, the ongoing pandemic and emerging geopolitical risks.

The University of Michigan’s final January consumer sentiment index fell to 67.2, dipping from the preliminary estimate of 68.8 earlier in the month. This represented the lowest reading since November 2011. Subindices tracking both consumers’ expectations for future conditions and assessments of present economic conditions each deteriorated during the month.

“Overall confidence in government economic policies is at its lowest level since 2014, and the major geopolitical risks may add to the pandemic active confrontations with other countries,” Richard Curtin, chief economist for the University of Michigan’s Surveys of Consumers, wrote in a press statement.

“Although their primary concern is rising inflation and falling real incomes, consumers may misinterpret the Fed’s policy moves to slow the economy as part of the problem rather than part of the solution,” he added. “The danger is that consumers may overreact to these tiny nudges, especially given the uncertainties about the coronavirus and other heightened geopolitical risks.”

Here’s where stocks were trading Friday morning just after the opening bell:

Personal income rose at a 0.3% month-on-month rate in December, the Bureau of Economic Analysis said Friday, missing estimates for a 0.5% rise, according to Bloomberg consensus data. Income had risen 0.5% in November.

Personal spending fell 0.6% during the month, matching consensus estimates. This came marked the first drop since February 2021, and came following a 0.4% rise in. spending in November.

A key measure of inflation rose at a fresh four-decade high in December, underscoring lingering inflationary pressures in the economy.

The Personal Consumption Expenditures (PCE) index rose 5.8% in December compared to the same month last year, the Bureau of Economic Analysis said Friday. This accelerated from November’s 5.7% year-over-year. gain. The print for the final month of 2021 matched consensus estimates, based on Bloomberg data. Month-over-month, PCE rose 0.4% in December, also matching estimates and slowing from November’s 0.6% gain.

Excluding food and energy prices, however, the core PCE rose slightly more than expected, logging a 4.9% year-over-year rise versus the 4.8% increase consensus economists had anticipated. This also sped up from November’s 4.7% rise in core PCE. Core PCE serves as the Federal Reserve’s preferred indicator of underlying price trends.

Here’s where stocks were trading before the opening bell Friday morning: