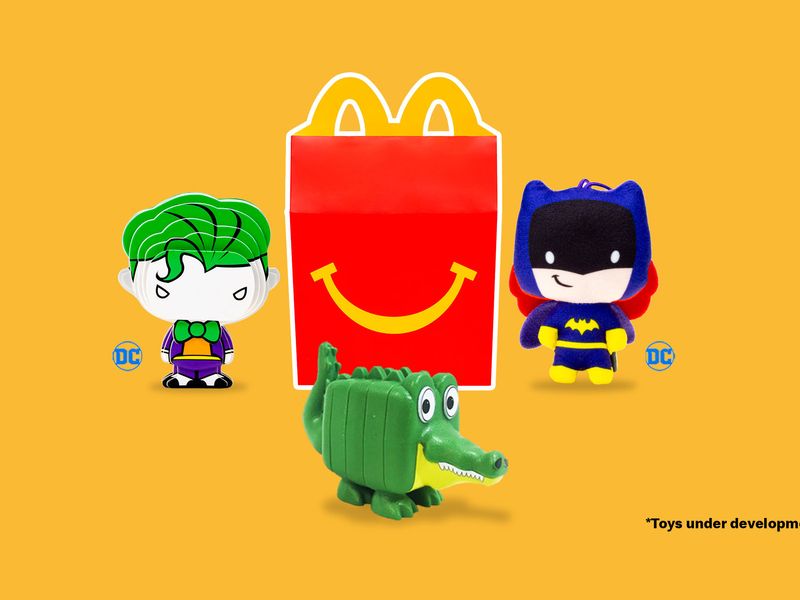 Another movie-themed item, tied to the release of the Illumination movie “Minions 2: The Rise of Gru,” is a nearly assembled paperboard Minion. Kids can attach some of the pieces, including the character’s eye, and use stickers to decorate.

Jenny McColloch, McDonald’s chief sustainability officer, and Amy Murray, VP of global marketing enablement, are among those at McDonald’s working on the plans.

They say they’re working with scientists, suppliers and toy makers. Kids are also being consulted to see if they like the toys and because the company is aware that protecting the planet is important to that “next generation,” says McColloch.

Read more here on how other marketers are changing their ways to appeal to younger consumers, known as Generation Alpha.

Environmental groups have already been told about the moves.

“Sustainable material sourcing is a necessary strategy for mitigating the impact of supply chains on our ecosystems and climate, including the plastic waste crisis,” Sheila Bonini, senior VP of private sector engagement at World Wildlife Fund, said in a statement provided by McDonald’s.

Happy Meal collaborators are also on board, such as Warner Bros. Pictures, which already included greener “Space Jam: A New Legacy” items in Happy Meals in the U.K.

Where are these toys already popping up? Oh, and wasn’t there some backlash to McDonald’s toys?

The switch is complete in France and has begun in countries such as the U.K. and Ireland.

In 2019, McDonald’s and other brands faced petitions in the U.K. from people who wanted restaurants to stop giving away plastic toys. As of January 2021, McDonald’s announced it had eliminated hard plastic toys in Happy Meals there.

Marketing aimed at parents, including TV commercials and in-store signs, point out the changes, says Murray.

In the U.S., some items such as Pokémon cards have been more environmentally-friendly options. The current U.S. toy lineup is a series of Disney-themed figurines and stands promoting Walt Disney World’s 50th anniversary.

When is this all happening?

McDonald’s announced an “ambition to drastically reduce plastics and offer sustainable Happy Meal toys globally by the end of 2025.”

According to the company, moving to more renewable, recyclable and certified materials will lead to a roughly 90% reduction in the use of virgin fossil fuel-based plastic, against a 2018 baseline. McColloch projects that if the average person uses more than 220 pounds of plastic per year, the changes it aims to make would be equivalent to more than 650,000 people eliminating plastic from their lives each year.

And the switches shouldn’t lead to higher prices, though those are set by individual restaurant operators. “It’s going to be cost-neutral,” says Murray.

How much of an impact can this potentially have?

McDonald’s began selling Happy Meals in 1979 and now sells more than a billion toys a year through its Happy Meals, according to Murray.

The changes are expected to reduce suppliers’ need for new plastic since they would need to use more sustainable materials to be included in the iconic Happy Meals. McDonald’s goal could spur toy suppliers that may have balked at the time, cost and effort required to switch their lineups to do so in order to meet McDonald’s demands.

And while it’s too early to know for sure, other restaurants that offer kids’ meals may see the types of changes McDonald’s is making and feel compelled to make similar moves to match the market leader.