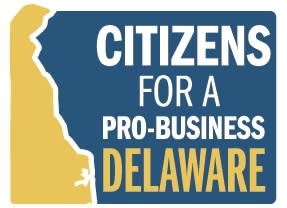 WILMINGTON, Del., October 04, 2021–(BUSINESS WIRE)–Today, Citizens for a Pro-Business Delaware celebrated a major TransPerfect legal victory as the Chancery Court struck down a motion from former court-appointed Custodian Robert Pincus and his attorney, Skadden Arps’ Jennifer Voss to hold the company in contempt of court. After the Court denied Pincus’ efforts to fleece the company into endless charges Citizens for a Pro-Business Delaware Campaign Manager Chris Coffey released the following statement:

“This is a significant victory for TransPerfect, but more importantly it is a victory for so many who have been wronged by a system that lets elite law use insider relationships for their own gain. This decision affirms that at some point the court-sanctioned pillaging of TransPerfect must come to an end, along with the excessive litigiousness of Pincus and Voss.

“Chancellor McCormick needs to build off this decision and finally terminate the $4 million+ escrow account that Voss and Pincus are improperly clutching to, and hold them accountable for their bad-faith billing practices by imposing sanctions. For too long, Pincus and Voss have treated TransPerfect like a bottomless piggy bank without repercussions, but the Chancery Court has the opportunity to finally put an end to their outrageous festival of billing and bad-faith litigation. We hope the court takes this chance — its reputation depends on it.”

Citizens for a Pro-Business Delaware is a group made up of more than 5,000 members including employees of the global translation services company TransPerfect, as well as concerned Delaware residents, business executives and others. They formed in April of 2016 to focus on raising awareness with Delaware residents, elected officials, and other stakeholders about the unprecedented, forced sale of TransPerfect. While their primary goal of saving the company has been accomplished, they continue their efforts to fight for more transparency in the Delaware Chancery Court. For more information on Citizens for a Pro-Business Delaware or to join the cause, visit DelawareForBusiness.org.