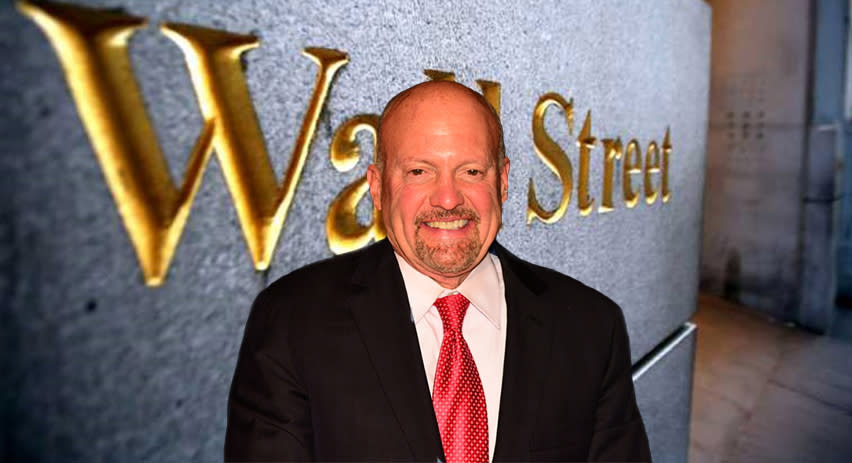 The one good thing about a market downturn? You get lots of opportunities to load up on shares at a discount entry point. And who doesn’t like a discount?

With the way the markets have performed so far this year, there are stocks in every segment which could potentially offer plenty of rewards.

CNBC’s Jim Cramer thinks there are several names in the retail sector which look particularly enticing right now, ones for which the term “beaten-down” readily applies. Some rallied nicely toward the end of last week, but following the severe market-wide pullback, Cramer notes that it will take “many more days” before multiple names approach “being expensive again.”

Taking a look at Cramer’s choices, we ran through the TipRanks database three stocks the Mad Money host thinks will make good additions to investors’ portfolios. This way we can gauge whether Wall Street’s cadre of experts agree with his selections. Let’s take a look at the results.

Lots of stocks might be on sale right now but the same cannot be said of household goods. Prices are on the up, and macroeconomic worries around consumer spending amid rising inflation have investors feeling shaky in 2022. Shares of Bath & Body Works have suffered from this development and are down by 41% from the peak notched in November.

At the same time, the company raked in record sales in 4Q21, dialing in a set of results which beat Street expectations. Revenue increased by 11.4% year-over-year to reach $3.03 billion, just beating the Street’s $2.96 billion estimate. Non-GAAP EPS of $2.30 also beat Wall Street’s forecast – by $0.03.

However, the company’s forecast called for modest earnings declines for Q1 and for the full-year 2022, developments investors did not like, while CEO Andrew Meslow’s departure on health reasons further clouded the outlook.

That said, BMO’s Simeon Siegel agrees with Cramer’s assessment that the stock is ripe for the picking at present. The analyst writes: “We believe the challenging environment, a broad lack of investor appetite and expectations of this conservative guide have created extremely compelling long-term entry points and we suggest buying the recent weakness as we see upside to the reset numbers and long-term multiple re-rating.”

To this end, Siegel rates BBWI shares an Outperform (i.e. Buy), backed by an $83 price target. This makes room for one-year growth of ~80%. (To watch Siegel’s track record, click here)

Judging by the consensus breakdown, other analysts are in agreement. 12 Buys and 2 Holds add up to a Strong Buy consensus rating. In addition, the $78.93 average price target brings the upside potential to 71%. (See BBWI stock forecast on TipRanks)

For the next Cramer pick, let’s shift gears and move from fragrance to jewelry. Signet is nothing less than the largest diamond jewelry retailer in the world. Operating mostly in the middle market jewelry segment, the company also boasts leading market positions in Canada and the UK specialty jewelry sectors, while also claiming top spot in the mid-tier U.S. jewelry and watch market. This is a sizeable market worth over $90 billion of which Signet claims ~6% share and has set its sights on growing to ~10% over the next few years.

Once again, we are talking of a stock that has shed plenty of its value recently. Shares are down by 34% since November’s high as the same set of worries that has plagued others has driven the share price lower – inflation’s impact on discretionary spending and the prospect of a recession. Plus, Signet has already said it will no longer purchase gems from Russia – the world’s largest source of gems.

These are things to be concerned about but going by the company’s latest set of quarterly results and outlook, Signet appears to be coping just fine.

Non-GAAP EPS of $5.01 hit Street targets and revenue increased by 28.3% year-over-year to reach $2.81 billion, in turn beating the analysts’ $2.41 billion forecast. Even more promisingly, in today’s difficult environment, for 1Q23, the company expects total revenue to come in between $1.78 billion to $1.82 billion. Consensus had that figure at $1.74 billion.

That is an impressive feat, says Wells Fargo’s Ike Boruchow, who backs Cramer’s take too.

“With QTD remaining very strong (during a key selling period, Valentine’s Day) we believe it shows that a weakening low-end consumer doesn’t take the SIG bull case off the rails,” the analyst said. “In fact, SIG may be the first company in our space to guide 1Q numbers up. With a war chest of cash on the balance sheet and fundamental momentum, we view the story as one of the best in the space today and SIG remains a ‘Top Pick’ for us.”

Bearing this in mind, Boruchow rates SIG an Outperform (i.e. Buy) along with a $105 price target. Should this target be met, a twelve-month gain of ~50% could be in the cards. (To watch Boruchow’s track record, click here)

Looking at the consensus breakdown, analysts are split right down the middle when it comes to SIG. 2 Buys and 2 Sells add up to a Moderate Buy consensus rating. Additionally, the $109.25 average price target implies ~56% upside from current levels. (See SIG stock forecast on TipRanks)

Smelling fragrant and looking sparkly, it’s time to head out to the department store, to fabled U.S. institution Macy’s. While the company cannot claim anymore to own the world’s largest department store, its flagship New York City spot is still the U.S’s biggest, boasting retail space of 1.25 million square feet. That store is just one of 725 department stores spread out across the U.S. which includes the Macy’s, Macy’s Backstage, Market by Macy’s, Bloomingdale’s, and bluemercury brands. Macy’s also has an international presence, with licensed stores in Dubai, the United Arab Emirates, and Al Zahra, Kuwait.

Department stores suffered badly during the height of the pandemic lock down period of 2020 but staged a big comeback last year. Macy’s fortunes aligned with the overall trend, and the improvement was evident in the company’ latest quarterly financial statement for 4Q21.

So, with shares having adhered to the trend, and down by 36% since November’s yearly high, you can see why Cramer thinks it is time to load up. However, Morgan Stanley’s Kimberly Greenberger begs to differ, and explains why she holds a bearish view on Macy’s prospects.

“At first blush the guidance suggests M’s performance could be relatively stable against last year’s strong consumer environment with 2022 revenue flat to up 1% y/y. However, management’s outlook implies outsized 1Q y/y revenue growth followed by revenue declines y/y in 2Q-4Q as the business laps peak consumer demand,” Greenberger explained. “M’s best financial performance may be in the rear-view mirror. As such, we remain cautious on L-T revenue & earnings growth potential.”

The Street’s outlook for M stock is a little confusing; on the one hand, based on 4 Holds and 3 Buys and Sells, each, the stock makes do with a Hold consensus rating. However, the average target is resolutely positive; at $31.22, the figure implies gains of 31% could be in store over the one-year timeframe. (See Macy’s stock forecast on TipRanks)

Disclaimer: The opinions expressed in this article are solely those of the featured analysts. The content is intended to be used for informational purposes only. It is very important to do your own analysis before making any investment.