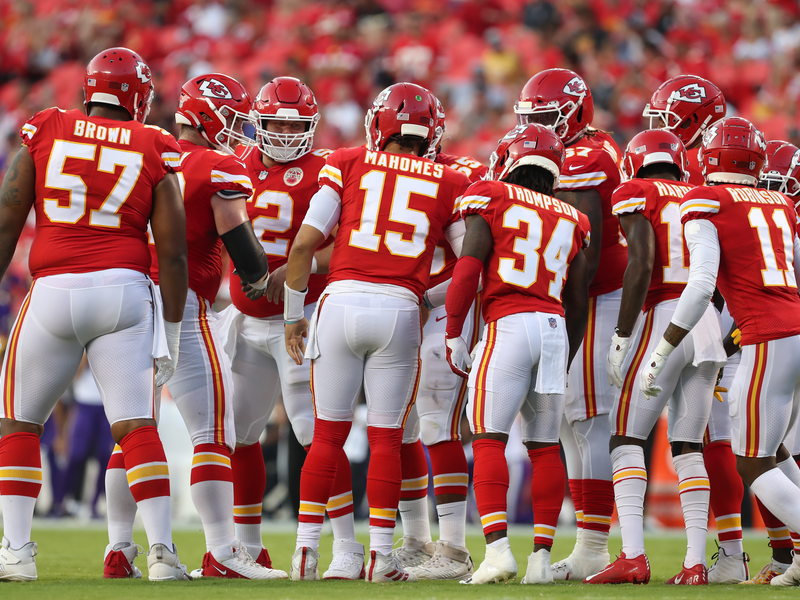 Kansas City Chiefs: The team might have finished second to Tampa Bay last season, but the franchise is No. 1 when it comes to social media reach, according to Helixa, an audience intelligence and insights platform. The Chiefs reach 8.19% of NFL fans online, followed by the Steelers (7.05%) and Cowboys (5.17%).

Purell: Sanitizing is still in style. Purell is the top brand that people have increased usage of during the second year of the pandemic, according to a “Brand Intimacy COVID Study” from brand consultancy MBLM, which studied  brands “based on emotions during the pandemic.”

Target: The Minneapolis-based marketer is continuing its recent dominance with return on advertising investment, according to one recent study. Research firm BrandTotal analyzed the paid social media campaigns on Facebook, Instagram, YouTube, Twitter and LinkedIn of Target, Amazon and Walmart from Aug. 18 to Sept. 1. Target led the pack with a 62% paid share-of-voice, the percentage of sponsored impressions. Amazon followed with 20% and Walmart had 18%, BrandTotal found, noting that Target has been particularly aggressive with targeting Gen Z customers on social platforms.

Subscribe to Ad Age now for the latest industry news and analysis.

Sweetgreen: Talk about terrible timing. Just as the brand launched an aggressive campaign starring Naomi Osaka, the CEO of the salad seller, Jonathan Neman, faced backlash from a LinkedIn post in which he claimed that “78% of hospitalizations due to COVID are Obese and Overweight people.” His comments led some to say they would stop patronizing the chain. He later deleted the post.

TV makers: Samsung, Vizio, Sony, LG and other TV manufacturers could soon have to deal with a major new competitor: Amazon is poised to roll out its own branded TV in the U.S. as soon as October, Insider reports. “The release of Amazon’s own TV would put the e-commerce giant in direct competition with other electronics companies, including Samsung, LG, and Sony, that, in many cases, sell through Amazon’s online marketplace,” according to the publication.

Royal Dutch Shell: The oil giant fell 44 spots to No. 73 on the FutureBrand Index, which measures the perception of global companies. The rankings provide a “rigorous assessment of how future proof the world’s 100 most prominent companies are, based on the views of an informed and professional sample,” according to Interpublic-owned FutureBrand Group. Topping the list is ASML, which designs and manufactures lithography machines that are used to make microchips. States the report:  “ASML found itself at the center of the global chip shortage which has threatened to disrupt life as we know it –impacting everything from cars to consumer technology. With this in mind, it is reasonable to expect strong perception performance on attributes like innovation, indispensability, and the quality of its people.”