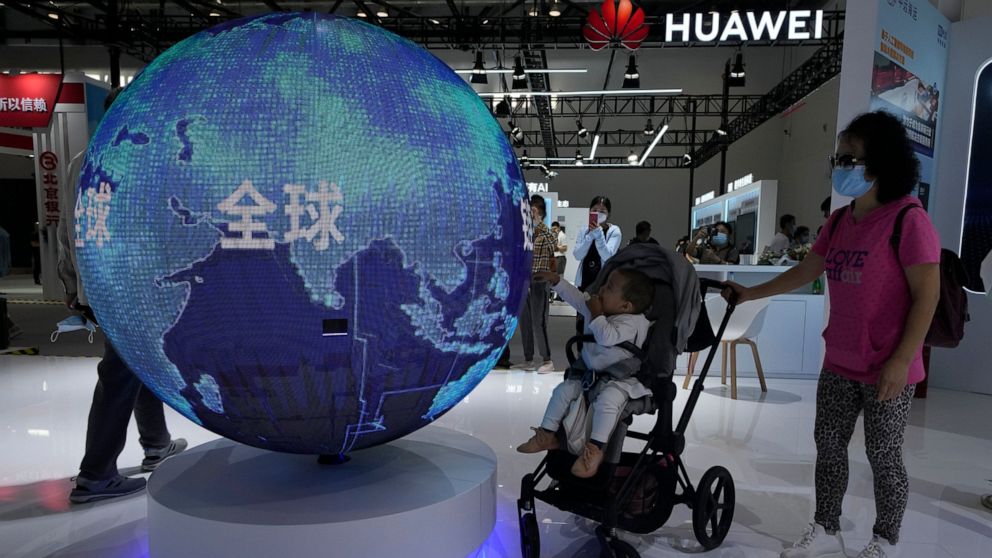 The European Union Chamber of Commerce in China appealed to Beijing to reverse course and open state-dominated markets wider.

Its report adds to warnings about the costs of Beijing’s strategy at a time when economic growth is in long-term decline and the workforce is aging and shrinking. The party’s plans are straining relations with Washington and other governments that complain they violate its trade commitments.

President Xi Jinping’s government risks stifling innovation by tightening restrictions on internet and other private sector companies and trying to create replacements for U.S., European and Japanese processor chip and other technology, the EU Chamber warned. Beijing is prodding banks, automakers and others to use Chinese technology when foreign alternatives might be more effective.

The EU Chamber estimates that with fully fledged market-style reforms, China’s economic output per person could increase by 3 1/2 times in the 25 years through 2046, according to Wuttke. But he said output might only double if Beijing enforces its self-reliance plans.

The Chamber cited an IMF estimate that China is only 30% as productive as the United States, Japan or Germany.

In a report, the Chamber appealed to Beijing to open telecom, finance and other state-dominated industries wider to private and foreign competitors. It made 930 recommendations including calling on regulators to clarify an avalanche of cybersecurity, personal data and other rules and make sure they only apply where needed.

China should “increase integration into the global economy and steer away from ‘self-sufficiency,’” the report said.

China’s economy is forecast by the International Monetary Fund and private sector economists to grow by up to 8.5% this year as it rebounds from the coronavirus pandemic. But growth is expected to fall below 5% after 2025 at a time when its aging population will require more social welfare spending.

The Chamber cited an IMF estimate that China is only 30% as productive as the United States, Japan or Germany.

The Chamber, which represents some 1,700 companies, also appealed to Beijing to allow in more foreign businesspeople and other visitors. Some employees who were deemed economically essential and were caught abroad when Beijing suspended travel in early 2020 due to the coronavirus have been allowed to return, but others say they were refused visas.

Members of the American Chamber of Commerce in China issued a similar appeal for Beijing to resume normal visa services in a survey released Sept. 10.

China’s latest census found only 845,697 foreign nationals in the country of 1.4 billion people, or only 0.06% of the total, according to the Chamber. Wuttke said that might be the smallest percentage for any country.

The number of foreign residents in Beijing and Shanghai, cities with a combined population of 45 million people, fell by 60% from 2019 to 127,000 last year, or less than half the number in Luxembourg, one of Europe’s smallest countries.

Why enterprise is booming for armed forces AI startups