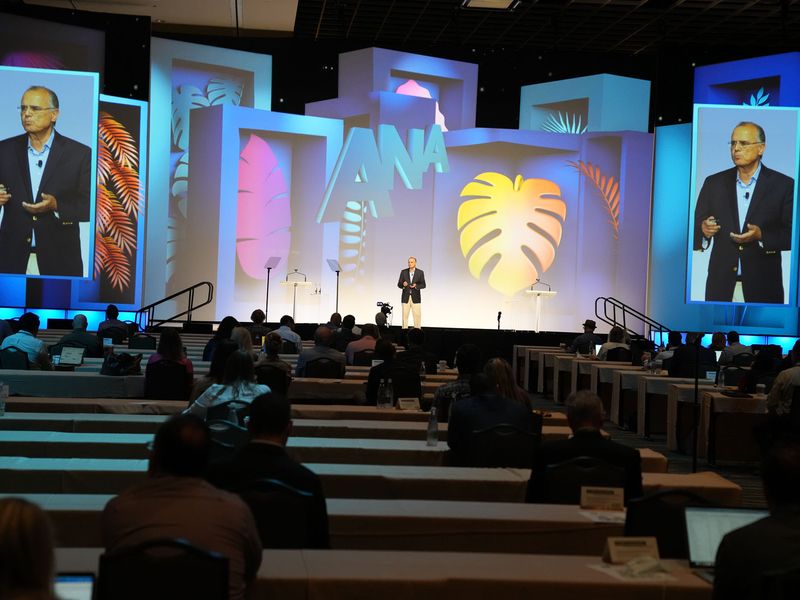 Pushing for progress from agencies and production suppliers was a major focus too.

“We’ve made good progress on gender — with P&G’s U.S. brand organization and agencies at 50% women at nearly every level, and with 46% of our ads directed by women. But more progress is needed on race and ethnicity, with the biggest gap behind the camera —across the entire industry. Data is lacking, but a recent UCLA study indicated that fewer than 5% of all directors and production crews are people of color,” Pritchard said.

Manoj Raghunandan, global president of self care for Johnson & Johnson, outlined how the unrest in the wake of George Floyd’s murder last year served as a catalyst for change at the company and with its partners. J&J convened its agencies from rival holding companies and independents and major media platforms – including Google, Facebook and Amazon – to commit to “micro-charters” around staffing and content diversity and measurement of progress.

“There has been phenomenal progress,” Raghunandan said. “This year alone we have doubled our spend in Black-owned media. While the availability of that is not where we’d like it to be, we’ve doubled it, and we intend to double it again. We’ve looked at the diversification of all of our teams, and all of our client service teams, and made significant progress across multiple levels, most inclusively at the senior-most levels.”

Of course, a lot of work remains across the industry. When asked how YouTube educates its team to know what is important when it comes to diversity, YouTube CMO Danielle Tiedt responded, “I would say we’re 20% where we need to be. It’s forever work, and doesn’t end. We’ve found that using experts to educate us is a good route. The Geena Davis Foundation has been helpful here.”

“Diversity starts in hiring, but even having a representative team isn’t always inclusive,” Tiedt said. “People need to feel comfortable to raise their hand with a good idea or when something goes wrong.”

Lisette Arsuaga, the co-founder of the Alliance for Inclusive and Multicultural Marketing, cautioned marketers against just chasing the news of the day, saying investing in minority-owned media “is not a pity game. This is a smart thing to do.”

“It’s time to walk the talk,” she said while cautioning marketers against being too reactive with their socially conscious spending. Arsuaga gave the example of money being funneled toward Black Lives Matter causes when that group is making headlines, but then siphoning those same dollars away when anti-Asian hate flares up, and then again committing money to Latinx-related causes when that’s the order of the day—moving portions of static budgets back and forth instead of making more sound, reliable investments.

The event occurred the same week Facebook faced intense scrutiny in wake of the whistleblower Frances Haugen’s highly publicized accusations that the social network puts profits above the well-being of its users. But ANA members, many of them big Facebook advertisers, barely mentioned the unfolding controversy this week.

Instead, Michelle Klein, VP of global customer marketing at Facebook, delivered a pre-recorded talk which, according to an ANA rep, was part of a “strategic partnership” between the social network and the advertising trade group.

Klein spoke about how marketers need to start planning for the next stage of the internet, the “metaverse,” which has become one of Facebook’s favorite concepts. Klein also discussed the importance of diversity, equity and inclusion. “It’s imperative that marketers look straight ahead to know where we’re going,” Klein said, “so we can not only deliver ROI growth but we can demonstrate societal change.”

Otherwise, Facebook’s recent controversies didn’t come up on stage, nor did they get much eager discussion off stage. One agency executive confessed he’s concerned that his employees are thinking about the shop’s work with Facebook, but defended the platform’s performance as reflective, not causative, of social woes. A marketer executive, also off the record, noted her displeasure that her teen daughter’s extensive time on Instagram recently led her to talk about wanting dermal filler for her nose — but it’s unlikely that’s going to change the company’s media spending plans.

‘Advertising as a service’

Losing cookies and third-party identifiers isn’t necessarily the end of the world, said Shenan Reed, L’Oreal USA head of media. What the marketing world needs more of, she said, is the idea of “advertising as a service,” and the realization that 70% of advertising impact comes from the creative, not how it’s targeted or the media where it’s placed.

She likened retargeting to an obnoxious salesperson following you from a store into the parking lot to get you to reconsider things you looked at but didn’t buy. And she compared TV advertising to someone who stops a show in the middle of an intense action scene “to tell me about this really great mop.”

L’Oreal is pushing for lighter ad loads across media and making sure “we get the most of that gift of attention and time the consumer is giving them and reward them with creative that is relevant and engaging,” she said.

While L’Oreal isn’t looking to badger people into buying that lipstick they considered and rejected, a bigger risk of losing cookies and other identifiers is that it could interfere with the company’s goal of limiting people to seeing its ads no more than 10 times, she said. “Screen fatigue is real to those of you who are watching this remotely,” she said. “Let’s start to think outside of the electronic box.” Magazine subscriptions have been on the rise coming out of the pandemic, she said, adding that out-of-home and live events are on the rebound too.

“Let’s create moments, not ads,” she said. “And let’s stop calling them targets. Instead, let’s maybe think of consumers, customers, guests, clients, audiences. They should be more than just a number in our project.”

Kohl’s is rethinking its media planning since its marketing budget decreased by about 20% during COVID-19, said Greg Revelle, the retailer’s CMO. Calling the change “liberating,” he said certain channels like print did not hold up as well compared to digital ads. “Every single piece of media had to stand on its own,” he said.

Along with selling goods to consumers, CMOs also have to sell themselves to company executives, particularly when they want more money from CFOs. Lowe’s Executive VP and Chief Brand and Marketing Officer Marisa Thalberg spoke about repositioning the “message of marketing” in an effort to get away from the oft-used “performance versus brand” thinking that positions brand marketing as the opposite side of sales. She reframed the Lowe’s brand as more destination-driven so consumers would move from wanting “tools” to wanting “tools at Lowe’s.”

“Refocusing this idea of what we as the marketing team are going for is incredibly important—selling the product, selling the destination,” she said.

The strategy is similar at grill maker Weber, which has seen sales and advertising spend skyrocket this year. “It’s the brand experience your product creates that people love, not just the products themselves,” said Amy Pascal, Weber’s VP and U.S. head of marketing and brand strategy.

Entering the metaverse through gaming

Running a hybrid in-person and online conference is not ideal. Pre-recorded presentations came off pretty stiff when compared with in-person deliveries. But it did offer one advantage: In a presentation about gaming, Dentsu executives appeared as virtual avatars of themselves behind virtual desks.

Dan Holland, Dentsu’s senior VP of product solutions and gaming lead, joined Alexander May, managing partner for strategy at Dentsu, to help define what the metaverse is and how gaming can be a good access point for companies.

Holland and May created their own characters that dress and look like them through the use of Facebook’s Horizon Workrooms, which is a virtual reality space where people can create cartoon-like characters in 3D-animated workspaces and collaborate with coworkers in virtual meetings as if they were in front of them, even if they actually live across the world. 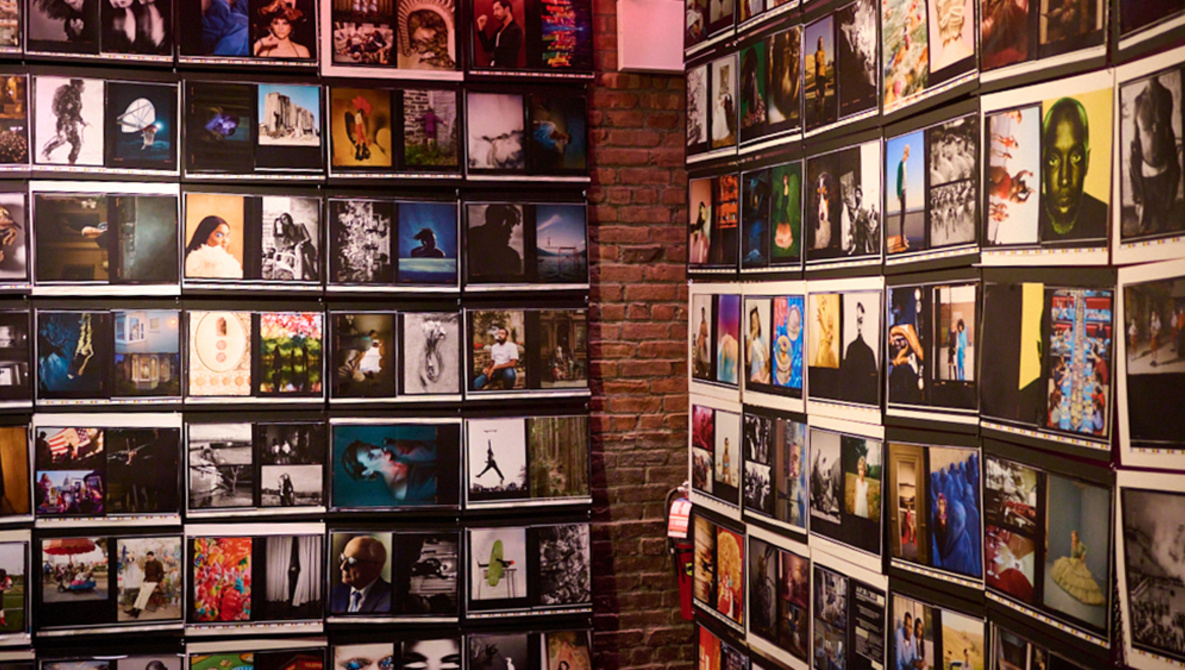